It is Christmas time. Everywhere it is festively decorated and Christmas songs are played up and down on the radio. And most importantly, everyone is baking cookies 😉

However, it is not always easy to eat healthy during this time and a lot of vegans struggle to find alternative cookie recipes without animal products that taste the same as the traditional homemade cookies. That is why we decided this year to try out whether microfibrillated cellulose can solve some of these problems and be used in pastries.

The first recipe we tried is a typical Swiss Christmas cookie called “Mailänderli”. The original recipe contains butter and eggs which we substituted with microfibrillated cellulose and rapeseed oil to get a vegan alternative.

Surprisingly, the doughs look and feel quite similar. However, they can be distinguished after 1 hour in the fridge because the dough with MFC does not get quite as solid as the original one. Still, rolling out the dough and cutting cookies works fine for both of them.

Even after baking the cookies look very similar and have the same crunchy texture. Only the color of the original cookie is slightly more yellow due to the egg.

Let’s talk about taste. I think for a first trial the MFC cookies taste quite ok but it is clear that the oil cannot reproduce the buttery taste. Using margarine or an artificial butter flavor could help to improve the taste. Therefore, 1 point goes to the original recipe for taste but we have a tie for texture.

The other recipe was for gingerbread muffins, where we used MFC as a substitute for all fat containing ingredients.

The dough with MFC has a much higher viscosity but otherwise looks the same as the original one. 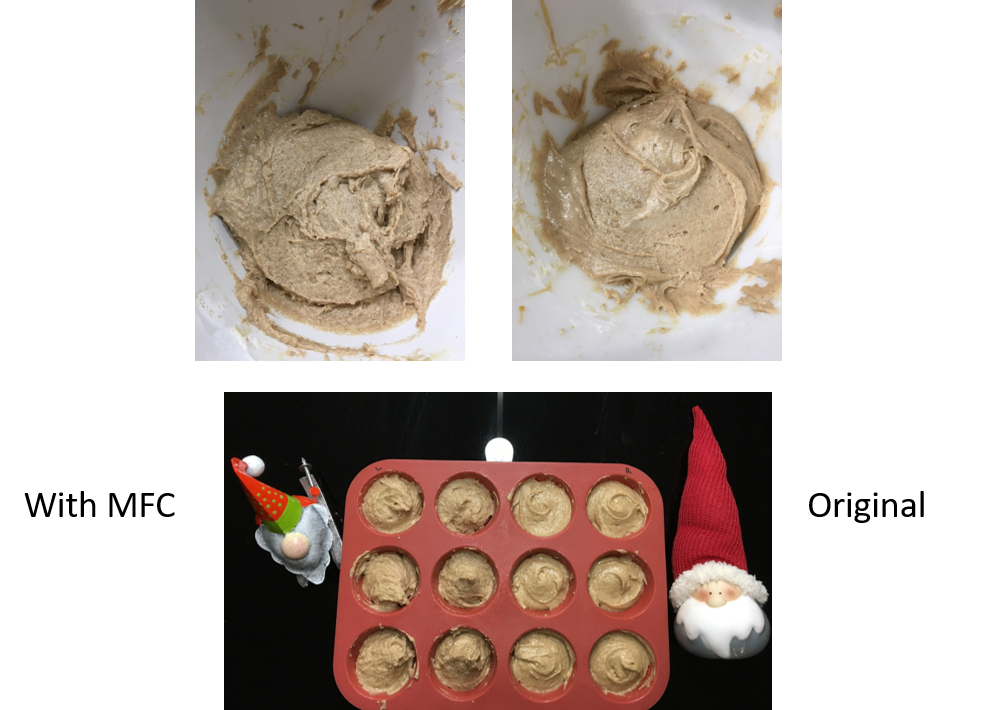 However, after baking big differences in form and texture can be observed. While the original muffins are fluffy because the dough has risen in the oven, the MFC muffins are really compact and chewy. 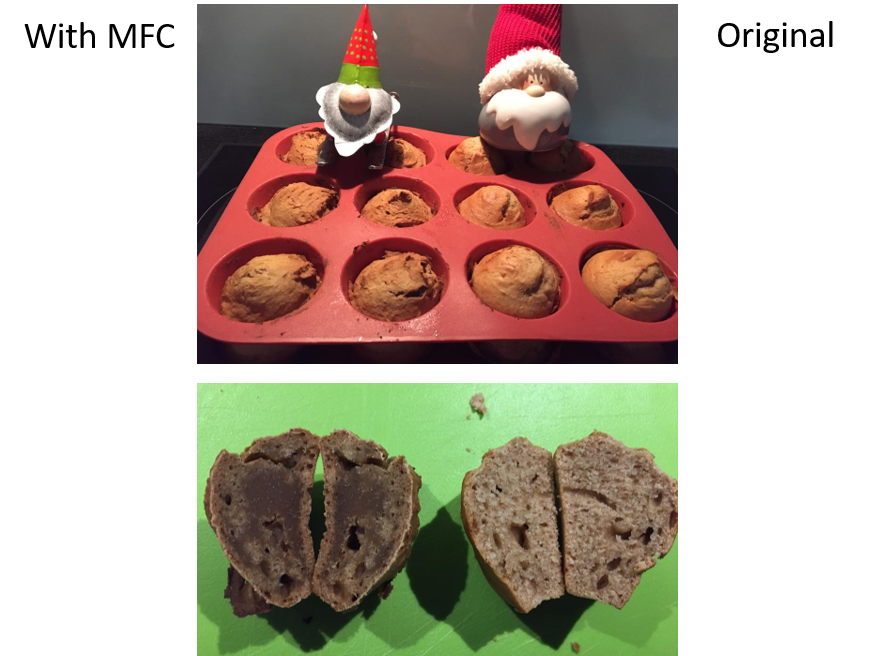 Even though the MFC muffins did not really look good, we were still brave enough to taste them and were surprised by their intense gingerbread aroma. If not for the texture, they would have actually been quite nice. For this recipe 1 point for taste goes to the muffins containing MFC. But the texture is a clear win for the original recipe.

All in all microfibrillated cellulose shows great potential as an ingredient for vegan or fat reduced recipes but still a lot of issues need to be addressed. Until then, I will happily continue eating my grandma’s cookies 😉