Not seeing the woods for the trees in the world of nanocellulose?

When I started working at Weidmann Fiber Technology I was quite confused about all the different terms I encountered in the world of nanocellulose. However, this is not surprising, considering that the terms for nano- and microscaled cellulosic particles are not yet defined in an ISO/DIN standard. Thus, it happens that the same material can have very different names or the same term means something completey different.

At the beginning, my problem was that I never knew if a certain term describes a new material or if it is just a synonym for the same product. To save you unnecessary confusion I’ll explain in this blog post what different classes of nanocellulose exist and how they are referred to.

In general, nanocellulose can be divided in three different classes:

As the name already says, bacterial cellulose is produced by certain bacteria (i.e Gluconacetobacter Xylinus). The bacteria produce a fine, highly pure network of cellulose fibrils with high crystallinity that is nearly impossible to reproduce industrially.

Cellulose nanocrystals in turn are produced by hydrolysis of the amorphous region of the fibrils. Thus, crystalline nanoparticles with needle/whisker like shapes are obtained that can self-assemble and have birefringence. This is also why you will find them under the term nanowhiskers.

In comparison, microfibrillated cellulose are long, thin fibrils consisting of amorphous and crystalline regions. Also the fibrils form a network. They are produced by mechanical treatment with or without enzymatic or chemical pretreatment. 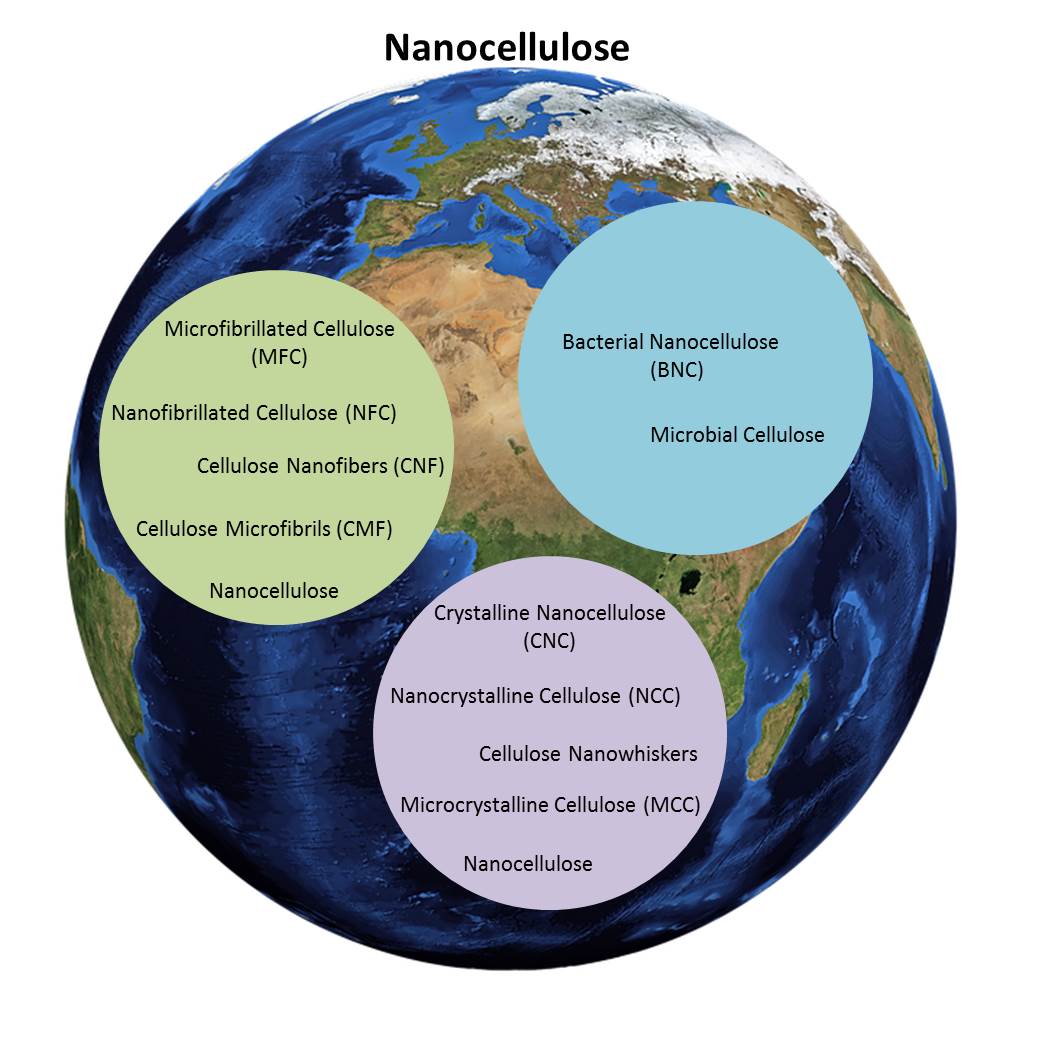 The confusion with nano- and microfibrillated cellulose comes from the dimension of the fibril. On the one hand the diameter of the fibrils is only several nanometers thick, on the other hand the length is in the micrometer range. So depending on which dimension the focus lays, the product is named differently. The same applies for cellulose nanocrystals.

We therefore avoid using the term nanocellulose for any one of our specific products. We regard the term as describing the family of materials listed above.