Usually, microfibrillated cellulose (MFC) is used as an additive. To reduce shipping costs the material can be thickened up but is not dried due to issues with hornification (read more about this in Water and MFC – An inseparable combination?). However, also the dried MFC or more specifically the drying of the material shows some unconventional properties.

Like most interesting ideas this was discovered on a late Friday afternoon. By chance thickened MFC was lying around in the office, tempting the team to play with it. Since it has the consistency of modelling mass it was predestined to end up in a mold. Quickly a bunny mold was organized and we were able to produce our little MFC-herbivore. After the bets were placed whether the bunny would still be recognizable after drying over the weekend or end up as a misshapen ball, the waiting started.

Surprisingly, the bunny shrinks without losing its shape and small details like the eyes and nose are still recognizable even though compared to its original size the shrinkage is over 50 %. It can also be observed that the small head dries twice as fast as the body (Fig. 1). Obviously, this has to do with the surface to volume ratio but we were astonished that this does not lead to deformations. 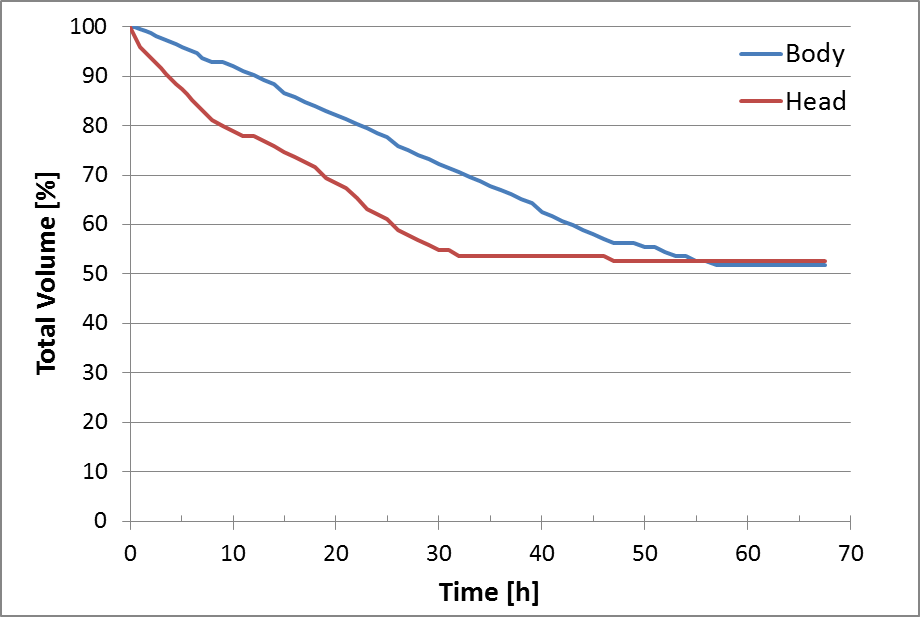 Furthermore, the color changes from white to grey during drying. This can be attributed to the densification of the material by which the light absorption increases. Another effect of the denser structure is the formation of many hydrogen bonds between the fibrils, resulting in high mechanical properties. The bunny is nearly indestructible by hand!

Apart from the obvious application of molded parts, the form stable shrinkage could be useful for other applications like encapsulation. Or just think about it on a late Friday afternoon and get inspired 😉