What are cellulose powders?

Cellulose powders consist of highly milled cellulose pulp. The fine cellulose fibers are insoluble in water. Furthermore, they are flavorless as well as tasteless. In comparison to microfibrillated cellulose, which is only available as an aqueous suspension, the cellulose powders are suitable for water sensitive applications such as fiber composites and cement. 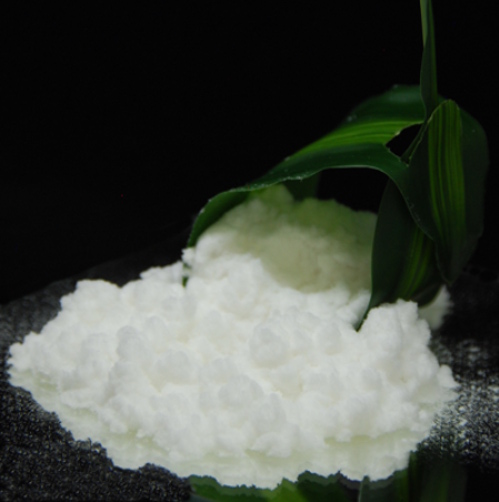 The cellulose powders are available with different fiber lengths and can be produced from a variety of natural raw materials.

What is microfibrillated cellulose (MFC)?

Wood is built up by a cellulose fiber matrix. These fibers consist of thin fibril bundles that are held together by hydrogen bonds. With our purely mechanical process we are essentially tearing these hydrogen bonds apart while water molecules go in-between the fibrils to prevent the reformation of these bonds. The resulting, versatile material is a gel-like, water based suspension with a fine network of microfibrils. To reduce transportation costs of microfibrillated cellulose (MFC) the solids content of the suspension can be increased up to 10-30 % depending on the MFC grade. 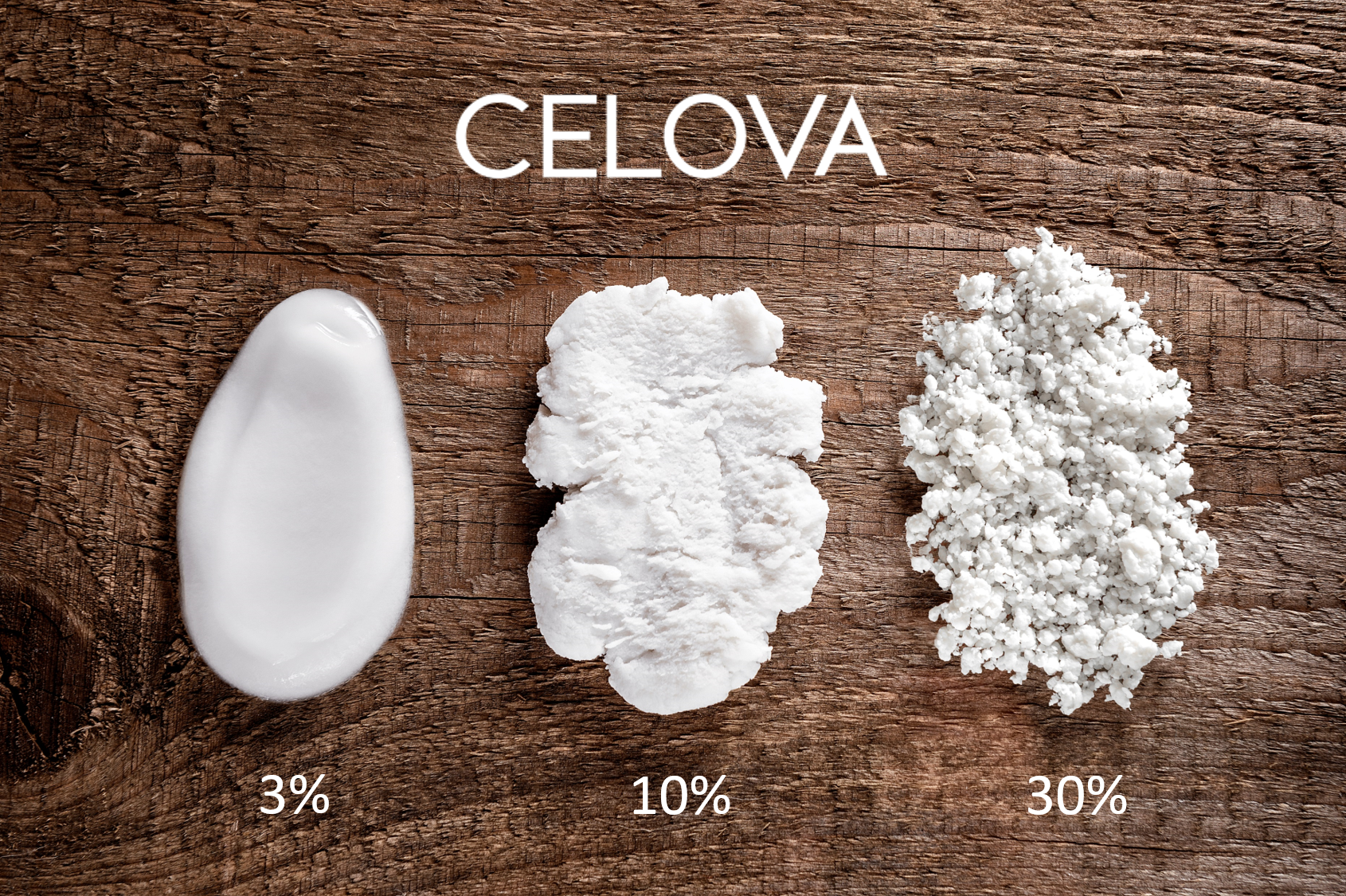 At Weidmann Fiber Technology we place great value on high quality and strive to characterize our products with the focus on value creation for our customers. That is why we have defined three primary and three secondary quality criteria to describe our materials.

Primary quality criteria comprise properties that can be tuned during the production process and are not influenced by other parameters: 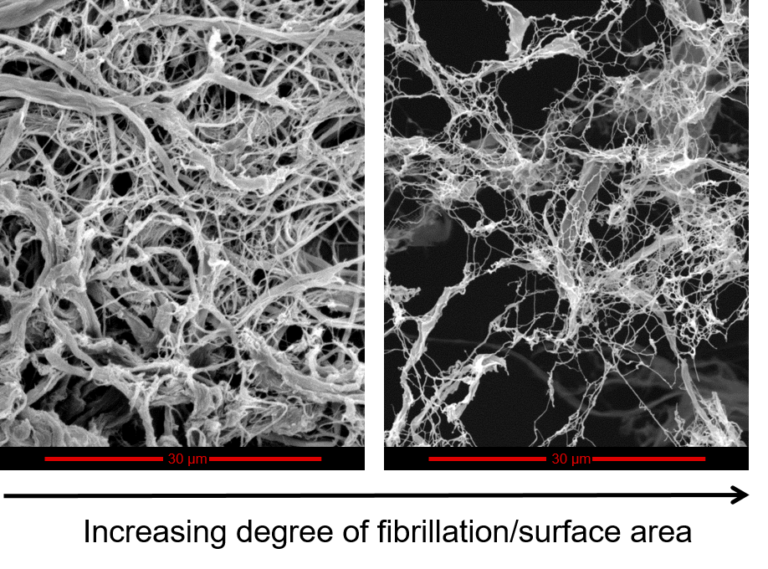 Furthermore, the surface area is an important property for applications where microfibrillated cellulose promotes hydrogen bonding or needs to be chemically modified. With increasing surface area more accessible hydroxyl groups are available.

Weidmann Fiber Technology relies on a pulsed laser based image analysis to characterize the morphology.

A typical parameter to describe the fiber morphology is:

In water microfibrillated cellulose has generally a negatively charged surface due to the abundant hydroxyl groups present in the cellulose polymer. However, Weidmann Fiber Technology also offers chemically modified, cationic MFC on lab scale. The positive surface charge allows the use of MFC in applications where a negatively charged additive would lead to agglomeration and opens up new possibilites.

At Weidmann Fiber Technology we determine the surface charge by charge titration.

Viscosity is a measure for the resistance of a fluid to flow. That means the higher the viscosity, the thicker the fluid. Microfibrillated cellulose shows a shear thinning (thixotropic) behavior which means that the viscosity decreases with increasing shear rate.

There are a lot of applications where Celova is used as a rheology modifier but viscosity can play a big role in processability as well. Due to its thixotropic flow behavior, microfibrillated cellulose is ideal for applications where the material should show high viscosity at rest but still needs to be pumped, applied, sprayed etc. The parameter can be influenced on one hand by surface charge and on the other hand by the morphology of MFC.

Transparency is directly linked to the morphology and surface area of microfibrillated cellulose. As a rule of thumb, higher fibrillated materials will show a higher transparency when they are dried as films (i.e. for art conservation). However, fully transparent suspensions or films can only be achieved by nanofibrillated cellulose which is produced by a chemical pretreatment like TEMPO-oxidation.

The water retention value is a measure for how much water microfibrillated cellulose can bind and correlates with surface area and surface charge. This parameter can be calculated by applying a defined force (i.e. centrifugation at 10’000 rpm) and determining the remaining water content in the precipitate.
Depending on the application high or low values are preferable. While the paper industry needs fast drainage and therefore low water retention values, the personal care industry takes advantage of high water retention values for moisturizing effects.